Come Away With Me

Here's a little film about the many flights I took in 2008.

I can't say that Obama moves me. He is too professorial. I like it when he smiles or tells a subtle joke. What moved me the day of the inauguration was the whole thing - that fact that the US could finally show (not just say) that we are no longer a racist nation (or at least in its majority). The image of the Rosa Park bus riding behind the motorcade was particularly moving to me. That first reverend saying the Our Father was inappropriate... Why would an American do that on such an occasion. It's called petulance. Fuckin' idiot. The last reverend on the other hand summed up the hopes for American diversity wonderfully and with humor: Black, don't step back. Brown, stick around. White, get it right. Yellow, stay mellow, Red, get ahead. We can finally truly smile about race. Wish I was there with my brother and cousin.

So here we are with a new president in the US. Will it make a difference? So much of the tension between the west and Islam exists because of the unresolved Palestinian-Israeli conflict. And I can't say I'm too confident in Hillary as Secretary of State. After all, it was under Bill Clinton that Israel (Netanhayu) got away with murder in doing nothing about the constant squatting of Arab land by Jewish settlers. James Rubin (the jackass) did nothing. Clinton did nothing as well. After all those accords, all the negotiations, they let Israeli squatters set the tone for decades to come. I don't doubt that Hillary will do and say the right things in Africa, the UN and elswhere... It's about Israel/Palestine. I have my doubts that Hillary Clinton will be anything new under the sun.
Postado por Ricky Seabra às 04:11 Nenhum comentário:

Jesus... it took me years to find this video! I've been looking for it since I first saw it in Barcelona 9 years ago! Lack of web-presence can be very annoying. How can such a good video be so hard to find?
Postado por Ricky Seabra às 18:00 Nenhum comentário:

Alas, a plane that floats... 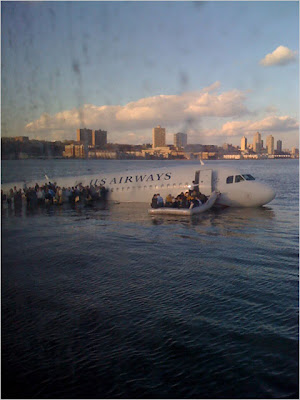 While searching for Paradise.... 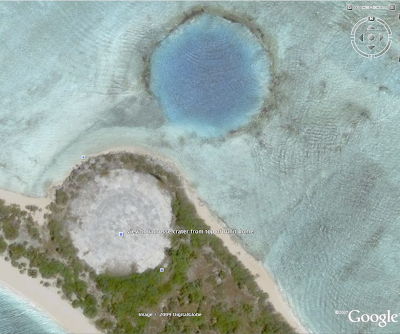 At least once a week I go into Google Earth just browse over our Planet. I start off far out in space, set the planet a-spinning with my cursor and the stop it abruptly with a click- - an action that used to require an entire arm and hand and a real globe. After stationary I click on the zoom-in button and soar downward to someplace somewhere. When I reach a few kilometers above the ground I scan around looking for beautiful places. I click on those Panaramio pictures as well. Well, yesterday, while searching for paradise I zoomed in from outerspace right on to this image... two nuclear craters from the 1950's tests at Enewetak on the US Marshall Islands, one of them neatly capped by a dome. How considerate. Time to go back into space.
Postado por Ricky Seabra às 03:23 Nenhum comentário:

Any form of dialogue that involves power OVER the other instead of power WITH the other has no chance to bring about lasting peace.

No Wonder the Earth is Getting Warmer 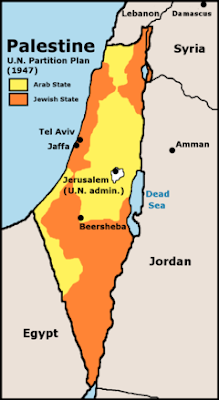 From a design perspective the 1947 UN Partition of Palestine and Israel is the most intelligent division of the two territories. With the use of a simple overpass or tunnel each country would have contiguous borders. A Palestinian or an Israeli could drive a car from Lebanon to Egypt in their own countries without needing to drive through the other's country.

Incredible how the Israelis have been gobbling up Arab land for all these years and no one does a thing. Incredible that East Timor and Montenegro have gained independence in the past years and Palestine nothing. The UN's darkest day will be if Kosovo gains independence before Palestine. Nothing will be more shameful.
Postado por Ricky Seabra às 09:46 Nenhum comentário: 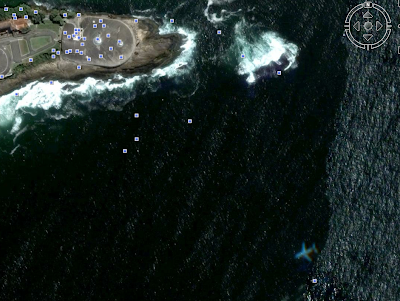